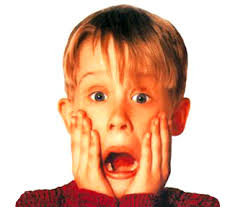 This morning I read an article on my favorite site, Sociological Images:

Last year Raquel Nelson was crossing the street with her 4-year-old son who was struck by a driver who fled the scene. Her son died and Nelson — just to be clear, the mom, not the driver of the car – was convicted of homicide by vehicle and reckless conduct (source). Nelson, you see, was jaywalking.  Her apartment complex was directly across the street from the bus stop and a half-mile from the nearest crosswalk.  None of the jurors on her case had ever taken public transportation.

–Pedestrians on streets designed for cars

The article is focusing on the impact of streets that are designed for cars but also used by people who walk or take public transportation. I, however, was more struck by the the fact that a jury of 12 unanimously decided that the MOTHER was to blame for the death of her son, instead of the nameless individual who struck and killed him, then fled the scene.

This is one more example of a disturbing trend that has emerged within the last few years, one that demands children be protected like fragile glass ornaments, kept under lock and key, provided with a security detail and not left out of sight for one second. If they are, god forbid, allowed to play unsupervised, the parents are deemed negligent and punished accordingly.

This trend is explored in depth on the site Free Range Kids, authored by Lenore Skenazy, a mother who became the villainous target of overprotective parents everywhere when she wrote an Op-Ed piece about how she allows her 9 year old son to ride the New York subway alone.

Her site is fantastic. She posts articles so ridiculous that they can’t be true (but guys, THEY ARE) about men being arrested for simply SITTING IN A PARK, with no children of their own present (Message to children: All men are dangerous pedophiles) . Or how a school has prohibited children from playing with soccer balls unless an adult is present (Message to children: Even games aren’t safe without an adult there to monitor you). Or how parents have been visited by Child Protective Services for letting their children play in their OWN FRONT YARD unsupervised (Message to children: The world is a scary place and you aren’t safe even in your own home)

I’m not singing a swan song for a better time, when kids ran free through the neighborhoods and were allowed to walk to school by themselves but I am concerned about the entirely misguided public perception about the frequency of child abductions and kidnappings, (Both of which have declined steadily since the 70’s) with the troubling result that parents are no longer preparing their children to deal with life anymore, they’re protecting them from it.

All of this seems fine until the parent isn’t there anymore and the child (or teenager or young adult) has little to no ability to deal with any difficult situation by themselves.

I know this is all very annoying coming from someone that doesn’t have children, but to be honest that’s why it worries me. I will most likely be an overprotective mom. I was CRAZY when Gus was little. I had to supervise him at all times, rarely let him off-leash, and never even wanted to so much as tie him up outside a cafe while I had coffee lest someone steal him or another dog attack him.

I can be this crazy all by myself, without society coming in to justify and even encourage the crazy by constantly admonishing “Better safe than sorry!”

One of the initiatives that Ms. Skenazy began was a national “Take Your Kids To The Park and Leave Them There” Day. Some parents readily embraced this initiative and welcomed the challenge to relax the reins a bit. Others were shocked (SHOCKED!) that a parent would leave their child unsupervised in a public place. What if something happened??

Well, the supportive parents argued, if something happened, their child was prepared to deal with it. The children had memorized emergency phone numbers, one of them had a cell phone, and most of all they had taught their children to TRUST that they could approach an adult for assistance if they needed to.

Stranger Danger is a great concept but when it is emphasized too heavily it results in children growing up believing that anyone not known to them is just waiting to harm them, steal them, take advantage of them. There’s a glaring difference between being aware of possible danger and living in fear of it.

I hope I have the sanity to raise my child free-range. I hope I can relax my white-knucked grip on control, and banish the slew of “what-if’s” from my brain. I hope I can remind myself, when the time comes, that raising a fearful, anxious child ill-prepared to navigate the world is far more risky than letting her walk home from school alone.