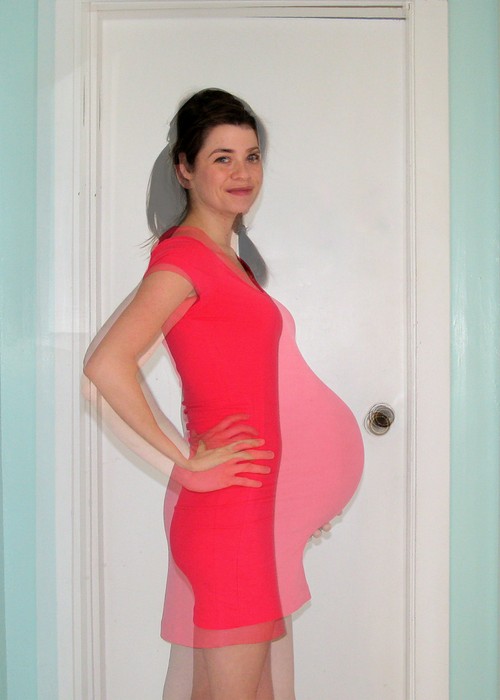 Five years ago, I began to grow.

I spent nine of the happiest months of my life growing bigger and bigger, my heart swelling along with my belly until one sunny October day I drove down to Vancouver and that belly, now comically large, was cut in two.

They pulled out a tiny, squalling, dark-haired little girl with big plushy lips, and I named her Olive.

Over the next few weeks, my swollen belly disappeared and I began to grow inside, instead.

I began the process of growing into a mother. First of a newborn, then a baby, then an unsteady, grinning, gummy-smiled toddler running headfirst towards independence.

For the past four years, she’s been everything to me.

She’s made me a better person, forced me to confront the parts of myself I’d rather ignore, and reflects my own characteristics back to me in such a raw, unfiltered way that it makes my heart hurt.

She shares my stubborn nature, my hesitance to jump into things, my love for learning, and my own infuriating, night-owl tendencies. She gets ruffled and off-kilter in too much chaos, like I do.

She loves her family fiercely and drinks up physical contact thirstily and has an insatiable curiosity about the world around her. She’s a terrible person when she’s tired or hungry and she’s easily frustrated when she’s not good at something right away.

Her favourite thing in the world is making me laugh.

Three was a challenging year for us. For the sake of my own patience and coffee consumption I’m hoping I’ll continue to see these power struggles recede into the rearview mirror as we leave three behind us. I’m hoping we can just take all the incredible ways she grew throughout the last year and run with them into age four.

In preschool last year she was sociable and friendly but really preferred to play alone. This year there’s a distinct shift – it’s incredible how much difference a few months makes. She’s made a best friend and plays with other kids instead of alongside them; she loves the impromptu playgroup that’s sprung up after class, burning off energy at a nearby playground with a handful of her buddies.

She used to dread turning four. When we’d talk about her birthday she’d become inexplicably upset, “I don’t want to get older.” she’d wail, “I want to be three forever!” I can’t say I shared this sentiment – watching her grow into herself is one of the greatest pleasures and privileges I’ve ever known – but I did understand it.

The other day when I walked through the door this girl, the same one who used to span the length of my forearm and lie on my chest as she slept, looked up at me and said, “Hi Mummy! How were your errands?” Like a goddamned person. A real person, sitting on the couch nonchalantly asking me how my day was.

Four marks the end of this transition from infant to baby to toddler. Now she’s just a kid. She’ll be a kid until she becomes a teenager. The milestones are so much further apart now.

She keeps getting taller and smarter, the pencil marks on the wall keep creeping higher and higher, her vocabulary keeps growing, she keeps conquering new obstacles and refining her skills and becoming more and more the person she’ll be.

Throughout all of this, I feel like I’m just running alongside her and trying like hell to keep up – I’m trying to know her and support her and challenge her and prepare her for the world she’s becoming a part of. I’m trying my best to fill her life to the brim with strong women and gentle men and those who know how to value one while nurturing the other; those who know how to create a whole person, a wholehearted life.

A neat stack, a trilogy.

And while I’m eagerly awaiting the year ahead and the accomplishments it will bring – learning to read, riding a bike, starting kindergarten – there’s also a part of me that feels a stark sense of loss at these signs of independence.

This morning she woke up and the first thing she said was, “Am I four yet?”.

I served her waffles with real whipped cream and sprinkles, four candles burning brightly on top – after blowing them out she asked to switch with me and ate hers plain instead.

I volunteered in her preschool class and felt like I was going to cry as I watched her shyly smiling and looking at the floor as her whole class sang Happy Birthday. We took her out for dinner and she stuffed herself full of sushi and tried barbequed eel for the first time and hid under the table when waiters appeared with tambourines and a birthday candle stuck in a box of pocky.

When we came home she read my sister some stories, we brushed her teeth, and then she nestled into me as we lay in the dark and talked.

My daughter. Part of me was born alongside you four years ago today, and we’ve been growing together ever since.

Together we’ve triumphed over fears and tackled challenges and laughed until our stomachs hurt and made mistakes. We’ve come together each night, lying quietly in the dark at the days’ end, trying to sift out what it all means. Reliving the high notes, debriefing the low points. Working together to figure out how to be better, be smarter, be kinder; spurring each other to keep growing. Keep growing.