Women are doing it for themselves 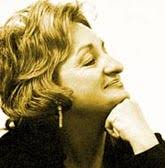 I borrowed “the Second Stage” by Betty Friedan on my last library excursion, I’m thinking a lot about feminism. Not like “HEY LETS BURN OUR BRAS!” (which never really happened but whatever, let’s move on) and “I’m not a woMAN, I’m a woMYN” type feminism, but the kind of feminism that tries to find solutions to the unique set of challenges presented to women at the intersection of work and life (Career or babies? Can I do both? Do I WANT to do both? And if so, at what cost?)

Betty (we’re on a first name basis, Betty and I) called the rise of these questions the “Second Stage” and published her book in 1981. She gets right to the point,  discussing the aftermath of the feminist revolution: Women can can now work most any job they want, are moving up the corporate ladder, competing on (almost) equal ground with their male counterparts but starting to get creeping doubts. Inklings that the questions haven’t all been answered just yet.

Women are asking how to compete with men corporately and still fulfill their desire to have a family. Women who fought hard-won battles to be taken seriously in the early days, women who were among the first to rise to high ranking positions within companies are starting to realize that their fight has turned into just a job and going home to an empty house, they wonder if it was worth it.

Women who have both a career and a family are frustrated, running on empty and recognizing that doing it all is completely unsustainable.

This book was written THIRTY years ago people, yet it could be (and frequently is) the fodder for any life & style column today.

Here’s the thing. A while ago  Penelope Trunk was interviewed by the CBC radio program Spark about the lack of women in tech based start-ups. She was asked if start-ups were biased against women and she replied something to the effect that start-ups aren’t biased – it’s that women don’t WANT to do start-ups because of the insane amount of time that start-ups require.

These types of ventures are completely incompatible with having a child or a family or really, any sort of life outside of work, she argues, and thus women aren’t choosing to do them as much as men.

This is what it comes down to, that choice.

In order to achieve the top positions, the high-ranking jobs that command high salaries and executive tracks, you have to invest a shit ton of time. Like a decade of nose-to-the-grindstone, no social life, WORK. And for women who want to have children, this kind of dedication necessarily has a time limit on it.

Knowing you won’t be able to sustain that workload forever, knowing that IF you want children you will at some point have to step off that track (even if it’s just for 6 months) and after that your attentions will be split despite your own best efforts, knowing all of this would you embark on that path in the first place?

Statistics say that if you’re a woman, you probably wouldn’t.

So is the current problem not that the opportunities aren’t there, but instead that given the cost of these opportunities, women aren’t taking them? Because that’s a whole different issue. We’ve always been arguing that the very structure of work should be adjusted to accommodate women who want to have children and in many ways I think it has. However, I would also argue that the companies which boast flexible, family-friendly policies are not the intensive, impossible, insane workweek jobs anyways. These jobs are unable to restructure themselves to become family-friendly and women have stayed away from them for precisely that reason – they are well aware that families are a liability in fast-paced ruthless careers.

So. Even if we do offer equal opportunities we can’t deny innate biological differences. Nor should we.

Have we reached the limits of Feminism?